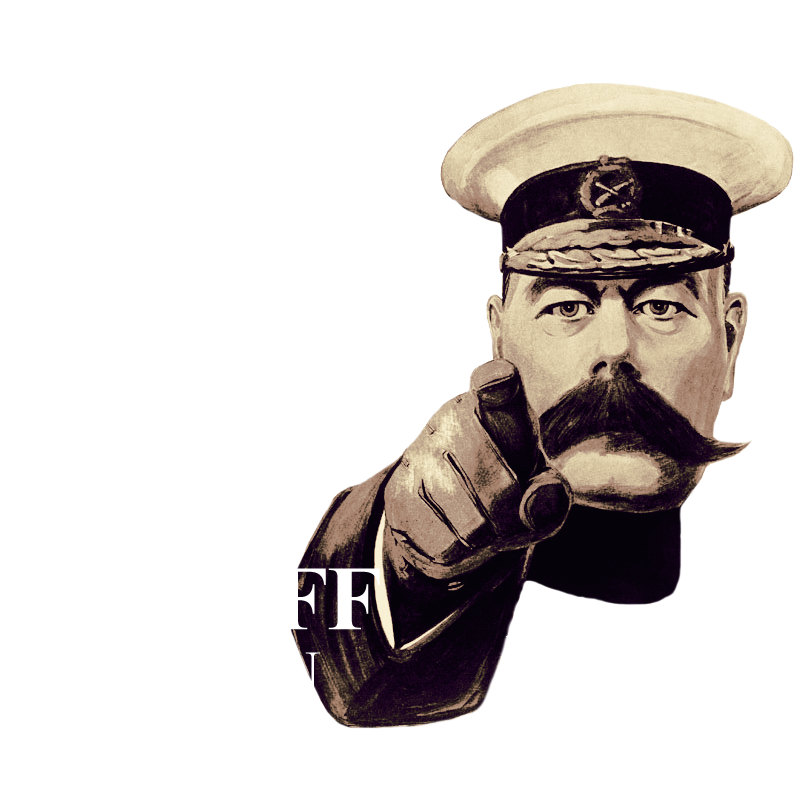 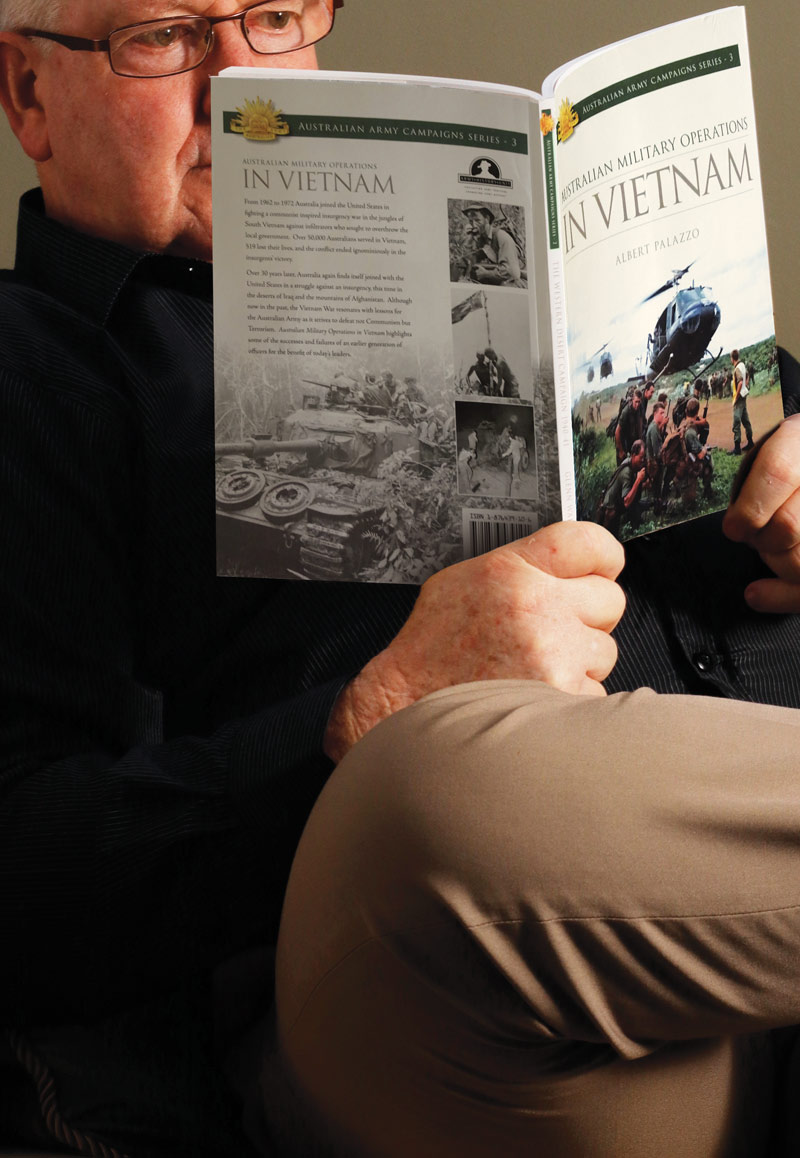 Whatever your interest in Australia's Military, the Vietnam War is part of that story and a story unto itself. Superb selection of Vietnam related reading that reaches into the personal accounts of men in battle; command under fire; military tactics and operations; and links to our military heritage. Great works by men who understand service and the personal cost to those who fight. Revealing and confronting accounts by men with 'Vietnam dirt' in their boots.

Long Tan - The Start of a Lifelong Battle 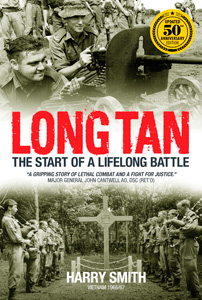 "A must read for every Australian."

On the afternoon of 18 August 1966, just five kilometres from the main Australian Task Force base at Nui Dat, a group of Viet Cong soldiers walked into the right flank of Delta Company, 6 RAR. Under a blanket of mist and heavy monsoon rain, amid the mud and shattered rubber trees, a dispersed Company of 108 men held its ground with courage and grim determination against a three-sided attack from a force of 2,500 Viet Cong and North Vietnamese Army troops.

When the battle subsided, 18 Australian soldiers lay dead and 24 had been wounded. Battlefield clearance revealed 245 enemy bodies with captured documents later confirming the count at over 500 enemy killed and 800 wounded.

These men were led by a gruff and gusty perfectionist, Major Harry Smith. Now, some 50 years after the battle, Harry tells his story. Long Tan is more than just an account of a historic battle. Harry Smith takes his readers on an extraordinary journey - one that ultimately reveals a remarkable cover-up at the highest military and political echelons.

Written in partnership with award-winning journalist Toni McRae, Long Tan is also Harry's life story and portrays his many personal battles, from failed marriages to commando-style killing; from a horrific parachute accident through to his modern-day struggles with bureaucracy for recognition for his soldiers. Harry's battles are tempered by his love of sailing, where he has at last found some peace.

Long Tan portrays the wrenching, visceral experience of a man who has fought lifelong battles, in a story that he is only now able to tell. Harry can still hear the gunfire and smell the blood spilt at Long Tan. For him, the fight continues. 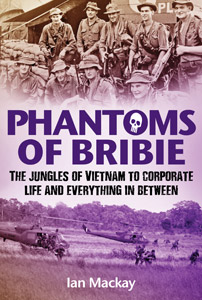 The Phantoms of Bribie is a highly readable blend of an engaging yarn and a fascinating portrayal of operational service in Vietnam as an infantry company commander, leading some 100 fine young national service and regular soldiers in close quarter jungle fighting.

Ian's training within the SAS and operational service in Malaya served him well in Vietnam where he was a company commander of Bravo Company 6 RAR. During Operation Bribie he lead his outnumbered company's desperate charge, followed by close quarter fighting, against a well dug in and determined enemy. This action sharply illustrated the courage, the battle discipline and the spirit of the well trained Australian combat infantryman.

On leaving the Army, Ian excelled in the Australian and international business worlds. A multi-talented sportsman, Rugby Union remained his passion, in which he performed to international level. Ian outlines the difference between leadership and management using many interesting and often humorous examples. Both qualities are vital for successful senior operatives in both civilian and military organisations. Most importantly, as Ian explains, a good leader must also be an effective decision maker and a good communicator.

This book is a tribute to Ian Mackay's qualities as a battlefield commander, an international sportsman, a successful businessman and an entertaining author. 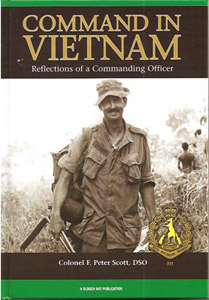 Reflections of a Commanding Officer. Peter Scott graduated from Duntroon, 1949 and served in Korea as a Lieutenant with 3RAR and took the Bn to Vietnam 1971. This is Peter's story about his soldiers and how he cared for his men, their triumphs and problems. Illustrated, Map.10 Appendices including Honours and Awards, Bibliography, Chronology, Nominal Roll of personnel who served with 3RAR in both Tours. Roll of Honour 1971, Index. Written by Peter Scott. Hard back 160 pages. 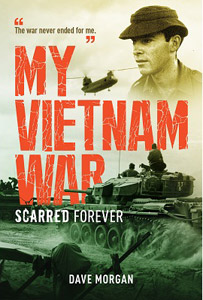 "Vietnam was tough. Most of us were young. We were in a foreign country fighting for a way of life we had barely experienced ourselves. Though the Vietnam War officially ended in 1975, there has been no end to the war for me."

My Vietnam is Dave Morgan's story. A typical 20 year old, he was forced into extraordinary circumstances in Vietnam. Far from his carefree youth, the Vietnam War would expose Dave to an atmosphere of ever-present danger and sheer terror that would impact him forever. His return to a divided Australia would isolate him further.

During his service Dave wrote home to his mother from Vietnam tracking the days and the events. In 1992, after his mother passed away, he found all of his letters carefully numbered and in order. He has combined these letters with his own recollections and diary entries, and the short stories of seven other veterans, to capture the unbelievable danger and horror that these young men experienced in Vietnam. He also describes how Vietnam established life-long feelings of intense loyalty, trust and mateship between the men that served there.

Dave's story focuses on his time as a soldier and his return psychologically exhausted to a divided nation. After Vietnam and the freedom of 'home', Dave tried to live a normal life, however the horror he'd experienced caught up with him. The pressure was immense. Eventually, something had to give. It wasn't ever a matter of if, but when you would crack. The impact of Vietnam on his life has been, and continues to be, immeasurable. Many of those who go to war and survive are scarred forever.

My Vietnam is the biography - a coming of age story - of a self confessed ordinary bloke who has lead anything but an ordinary life. 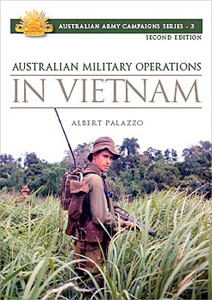 From 1962 to 1972 Australia joined the United States in fighting a communist inspired insurgency war in the jungles of South Vietnam against infiltrators who sought to overthrow the local government. Over 50,000 Australians served in Vietnam, 519 lost their lives, and the conflict ended ignominiously in the insurgents' victory.

Over 30 years later, Australia again finds itself joined with the United States in a struggle against an insurgency, this time in the deserts of Iraq and the mountains of Afghanistan. Although now in the past, the Vietnam War resonates with lessons for the Australian Army as it strives to defeat not Communism but Terrorism.

Australian Military Operations in Vietnam highlights some of the successes and failures of an earlier generation of officers for the benefit of today's leaders. Written by Albert Palazzo. Paperback, 176 pages.

We Too Were Anzacs 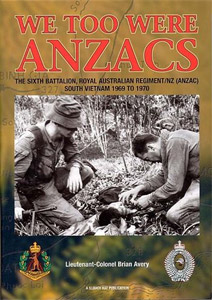 During its first tour in South Vietnam, 6RAR covered itself with honours as a result of its victory at Long Tan in August 1966. In 1969, 6RAR, now augmented by two New Zealand rifle companied, returned to South Vietnam.

During its first major operation in June 1969, Operation Lavarack, this truly ANZAC battalion which included regular soldiers, National Servicemen and Kiwis, soon showed what a professional unit it was by dominating the enemy Main Force units in Phuoc Tuy Province, by aggressive minor tactics, patrolling and well sited ambushes.

Tb&ehroughout its year-long tour, 6RAR/NZ participated in nine major operations, inflicting heavy casualties upon the Viet Cong. Unlike the battalion's earlier tour, the fighting was mainly at platoon level, with scores of successful ambushes being sprung, and many contacts, daring which the superior training of the individual Anzac soldiers prevailed. The used of mines by both sides, made this tour a particularly dangerous one, with mines causing most Anzac casualties.

The pressure exerted by the battalion meant that the enemy was unable to mount any offensive operations in Phuoc Tuy, and he was forces to disperse due to the disruption of his resupply system resulting in reduced morals.

During its tour 6RAR/NZ killed over 260 enemy, and captured large quantities of weapons, ammunition, stores, food and medical supplies. As a result of the success of Lavarack and subsequent operations, 6RAR was granted the Battle Honour 'Binh Ba'.

Written by Lieutenant-Colonel Brian Avery, 'We Too Were Anzacs' is a story of great personal courage, determination and endurance, in a difficult war fought against an elusive enemy over harsh terrain. Details of each of the major operations mounted by 6RAR/NZ are recounted in detail, and are complemented by many photographs, maps, a nominal roll as well as a roll of honour. 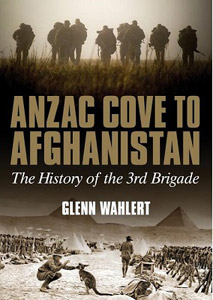 On the Western Front the brigade endured three years of horrendous trench warfare, its four infantry battalions alone incurring a casualty rate of over 300%. During the inter-war period the brigade was a militia force and was mobilised with Japan's entry into the war in 1941, serving in Darwin, Papua New Guinea and North Queensland.

Disbanded in 1944 and re-formed as the 3rd Task Force in 1967, the soldiers of the 3rd Brigade have deployed to almost every theatre in which the Australian Defence Force has seen action, including Vietnam, the South Pacific, Somalia, Cambodia, Rwanda, Bougainville, Timor-Leste, Solomon Islands, Iraq and Afghanistan. From 1980 the brigade has been the government's land force instrument of first choice in response to military or peacekeeping interventions throughout the world and natural disasters at home. This is a heritage of which all Australians can be justifiably proud. 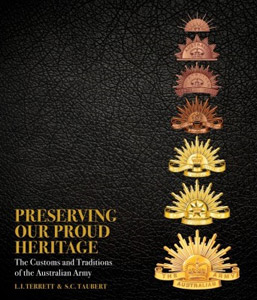 The Australian Army's customs and traditions represent the symbols and substance of much of our national character, adopted from Army's forebears and developed since 1901 to where we are today. In the form of the 'Rising Sun', these traditions shape Army's institutional values and to an extent its collective personality, which provides - along with serving members both past and present - the Army's beating heart. Army's foundations, exhibited through its customs and traditions, will ensure it continues to draw the pride and respect of the nation.

Much can be learnt from the past and Army constantly draws on the importance of its comparatively young but rich history. These origins have provided the forms for its badges, insignia and symbols of office; the way Army demonstrates respect for the past through formal functions and dinners, the way it addresses its people and the way they wear their uniform. These tangible links to Army's past, like the weft and warp of a rich historical tapestry, set it up well for its future. Just as Army respects its past, it and its people will respect it today and tomorrow.

In the ANZAC Spirit 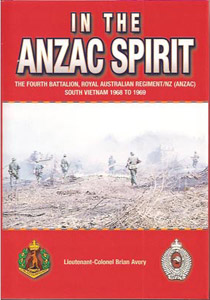 Fourth Battalion, RAR/NZ (ANZAC)South Vietnam 1968-1969. In the ANZAC Spirit covers the training of 4RAR in its preparation for its move to South Vietnam in 1968. The inclusion of two New Zealand companies into 4RAR upon its arrival in South Vietnam, made this a truly ANZAC Battalion. The battalion's numerous operations against the Vietcong during this tour, form the major part of this book.

In the ANZAC Spirit, Avery vividly describes the conditions under which 4RAR/NZ fought, and demonstrates the co-operation received from the other arms and forces involved in the war. Brian Avery served with 1 and 3RAR in Malaya, and 4RAR in Borneo, then commanded the 4RAR/NZ Mortar Platoon in Vietnam.

The constant themes of this book are the military skills, endurance, and the Australian and Kiwi soldiers as they tracked down, fought and successfully dominated a determined foe in the Phuo Tuy Province.