After an incredibly busy period of long days, night shifts, and working weekends leading up to and throughout the Air Force Centenary commemorations and ANZAC Day, your Military Shop Team is taking some well-earned rest and relaxation over the upcoming Bank Holiday in the ACT.

So, while we will be closed from 28th-31st May, and unable to process any orders until the morning of Tuesday, June 1, 2021, rest assured any made, will be promptly processed on our return.

We appreciate your patience and understanding. 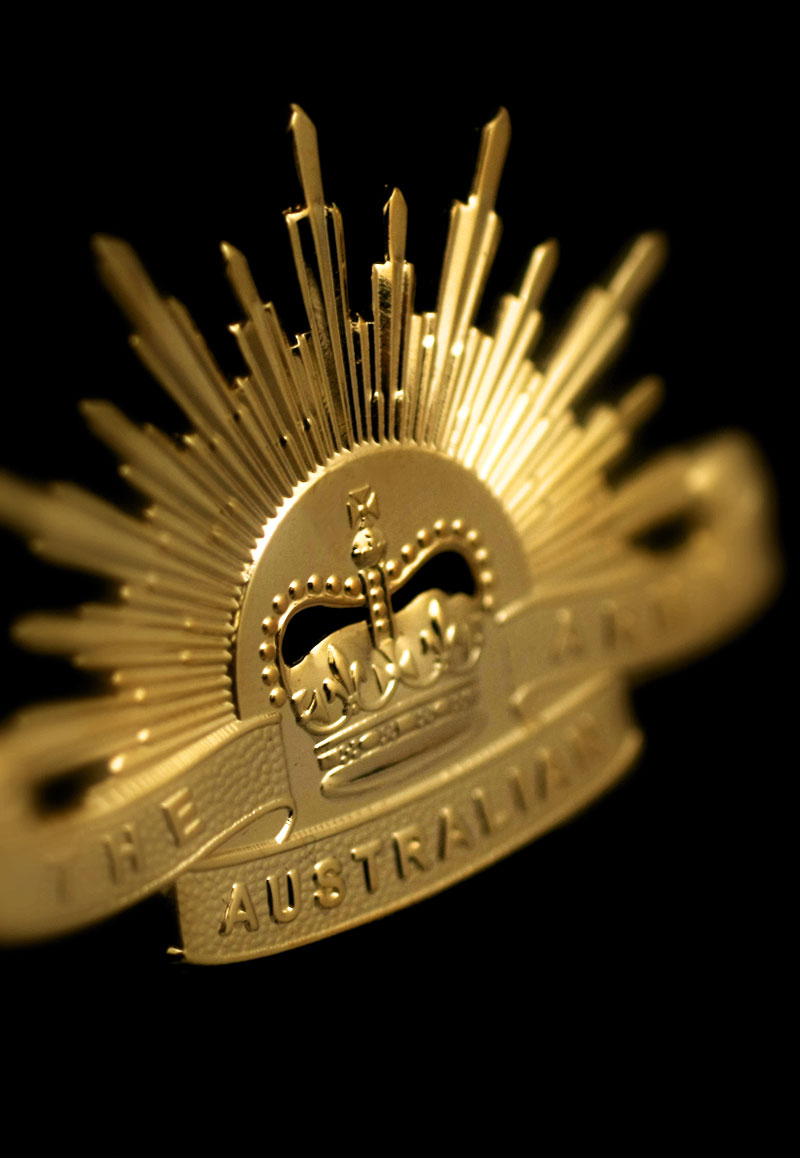 Since its inception in 1902 as a general service badge for the Australian contingents serving in the Boer War, the Rising Sun badge has undergone seven iterations. Each evolution represents the changing structure of service and Australia's political maturity. 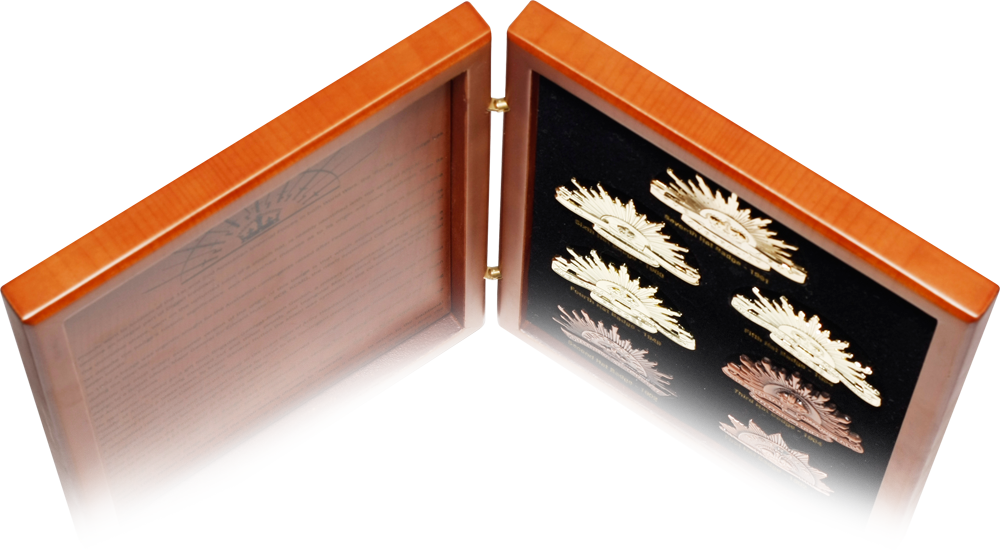 The story of the Rising Sun 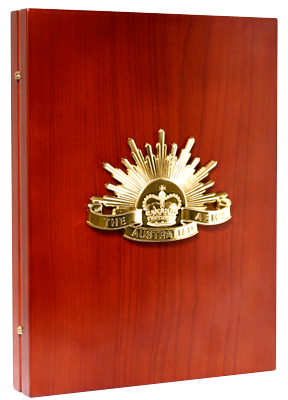 Proudly worn by soldiers of the 1st and 2nd Australian Imperial Forces in both World Wars, the 'Rising Sun' badge has become an integral part of Digger tradition.

The distinctive shape, worn on the upturned brim of a slouch hat, is readily identified with the spirit of Anzac.

Yet despite the badge's historic significance, well-researched theories as to its origins are more numerous than its seven points.

In 1902 a badge was urgently sought for the Australian contingents raised after Federation for service in South Africa during the Boer War.

Probably the most widely accepted version of the origin of this badge is that which attributes the selection of its design to a British officer, Major General Sir Edward Hutton, the newly appointed Commander-in-chief of the Australian Forces.

He had earlier received a gift from Brigadier General Joseph Gordon, a military acquaintance of long standing, a "Trophy of Arms" comprising mounted cut and thrust swords and triangular Martini Henri bayonets arranged in a semicircle around a brass crown. To Major General Hutton the shield was symbolic of the co-ordination of the Naval and Military Forces of the Commonwealth.

A refurbished replica of the Shield is on display in the main foyer of Army Headquarters in Canberra.

The original (badge) design, created and produced in haste for issue to the contingent departing to South Africa, was modified in 1904. This badge was worn through both World Wars. 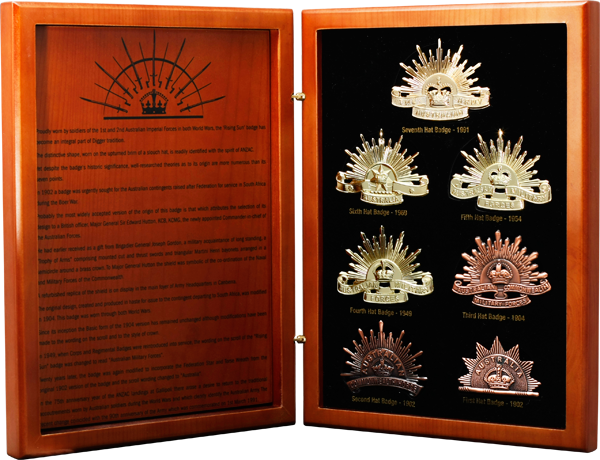 Since its inception the basic form of the 1904 version has remained unchanged, although modifications have been made to the wording on the scroll and to the style of crown.

In 1949, when Corps and Regimental badges were reintroduced into service, the wording on the scroll o f the "Rising Sun" badge was changed to read "Australian Military Forces".

In the 75th anniversary year o f the Anzac landings at Gallipoli there arose a desire to return to the traditional accoutrements worn by Australian soldiers during the World Wars and which clearly identify the Australian Army. The recent change coincided with the 90th anniversary of te hArmy which was commissioned on 1 March 1991.

The Seven Badges of the Rising Sun

The first Rising Sun Hat Badge from February 1902. It was issued to mounted troops in the Boer War. It bore only the word AUSTRALIA arched above a King's Crown.

The third Rising Sun Badge from May 1904 carried a scroll inscribed with the words 'Australian Commonwealth Military Forces' and was worn throughout both World Wars. There were, however, a number of variations of the badge; a special version was struck for the coronation of King Edward VII in 1902 and there were badges of the Commonwealth Horse and the Australian Instructional Corps, each with its respective title on the scrolls. This pattern badge formed the template for all subsequent General Service badges.

The fourth Rising Sun Hat Badge is from 1949 when Corps and Regimental Badges were reintroduced into service. The wording on the scroll on the Rising Sun badge was changed to read Australian Military Forces.

The fifth Rising Sun Hat Badge is from 1956 when the badge was changed to incorporate the Queen's crown with the ascension of Elizabeth 2.

The sixth Rising Sun Hat Badge from 1969 was modified to incorporate the Federation Star and Torse Wreath from the original 1902 version of the badge and the scroll wording changed to Australia. 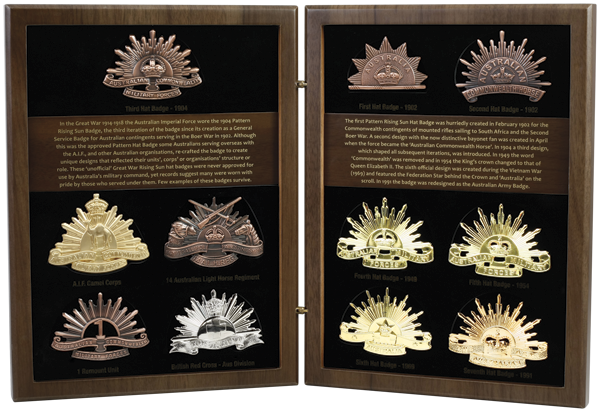 During the Great War 1914-1918 the Rising Sun Badge was re-crafted by individuals, units and corps to create unique designs to reflect their particular structure or role. These 'unofficial' Rising Sun badges were never approved by Australia's military command yet many were worn with pride by those who served under them.

Few examples of these unofficial designs survive. The four replicas presented in this collection are created from actual badges or photographic records, and are to the best abilities of the artisans who reproduced them, true copies of the badge faces crafted for men serving overseas with the A.I.F. and other organisations.

Since its inception in 1902 as a general service badge for the Australian contingents serving in the Boer War, there have been seven 'official' versions of the Rising Sun badge. Each evolution in the design represented the changing structure of our military service and Australia's political maturity. In the Great War 1914-1918 it was the 1904 Pattern Rising Sun Badge, the third design, which was proudly worn by members of the Australian Imperial Force.

This stunning collection, created for the Centenary of Australia in the Great War, also carries all seven official Rising Sun badges as we remember 100 Years of proud service by Australia's military since the Great War. All badges are faithfully pressed in metal and mounted in a timber display case.

More than 330,000 men and women served overseas with the A.I.F. during the Great War. Some 60,000 would never return from the fight on Gallipoli, on the Western Front or in the Middle East. Tens of thousands more carried the physical and emotional scars of war to their graves.

We remember with pride, respect and gratitude all who serve our nation.